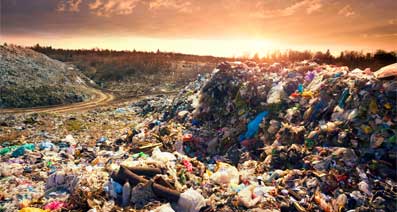 Waste electrical and electronic equipment (WEEE) might be something that you dispose of regularly as a business or even as a homeowner. However, a relatively new product on the market is now considered to pose a risk as a result of persistent organic pollutants (POPs)

The waste industry and local authorities have now indicated that they have concerns around the increase in the use of e-cigarettes and how they are disposed of. When it comes to WEEE, e-cigarettes are classed as category 7 under the WEEE regulations and that is because they contain a number of elements including:

What Does This Mean?

This means that some e-cigarettes are considered to be hazardous as they contain POPs such as brominated flame retardants within some of the plastic components. As a result, for any volume of waste e-cigarettes that are known to have POPs will have to be placed under the waste code 20 01 35 classification, which is considered absolute hazardous waste.

There is government guidance out there that is non-legally binding but it contains an agreement that is in place between the AATF Forum and the Environment Agency. Therefore, it is important that waste e-cigarettes should be disposed of as a separate collection as this will help to avoid nicotine fluid from being released as well as damage.

Furthermore, there is also the issue of the battery within these e-cigarettes. This is because they contain a lithium-ion battery which is found within the device section. As a result, it is not possible to shred them due to the risk of fire. Additional care is required to disassemble the device section as this will ensure the e-liquid cartridge section is not damaged as well as the battery. The terminals within the lithium battery will have to be taped to prevent shorting and it will need to be packed in vermiculite for any further recycling.

Vaping is a growing trend and something that has to be considered when it comes to waste. They contain a lot of components and many of those pose a risk. There are more than one million of them thrown away each week and that has made it the fastest-growing type of waste in the UK.

If you are looking to hire a skip then it makes sense to speak with your recycling company to find out their rules around the disposal of e-cigarettes. This is especially true if you are a business that disposes of large volumes of e-cigarettes. Many skip hire companies will not take hazardous waste as a result of the risks that are associated with it. By speaking with your skip hire company, you can find out what you can and cannot dispose of and also find out what you need to do in order to dispose of e-cigarettes safely.

This website uses cookies to improve your experience while you navigate through the website. Out of these, the cookies that are categorized as necessary are stored on your browser as they are essential for the working of basic functionalities of the website. We also use third-party cookies that help us analyze and understand how you use this website. These cookies will be stored in your browser only with your consent. You also have the option to opt-out of these cookies. But opting out of some of these cookies may affect your browsing experience.
Necessary Always Enabled
Necessary cookies are absolutely essential for the website to function properly. This category only includes cookies that ensures basic functionalities and security features of the website. These cookies do not store any personal information.
Non-necessary
Any cookies that may not be particularly necessary for the website to function and is used specifically to collect user personal data via analytics, ads, other embedded contents are termed as non-necessary cookies. It is mandatory to procure user consent prior to running these cookies on your website.
SAVE & ACCEPT